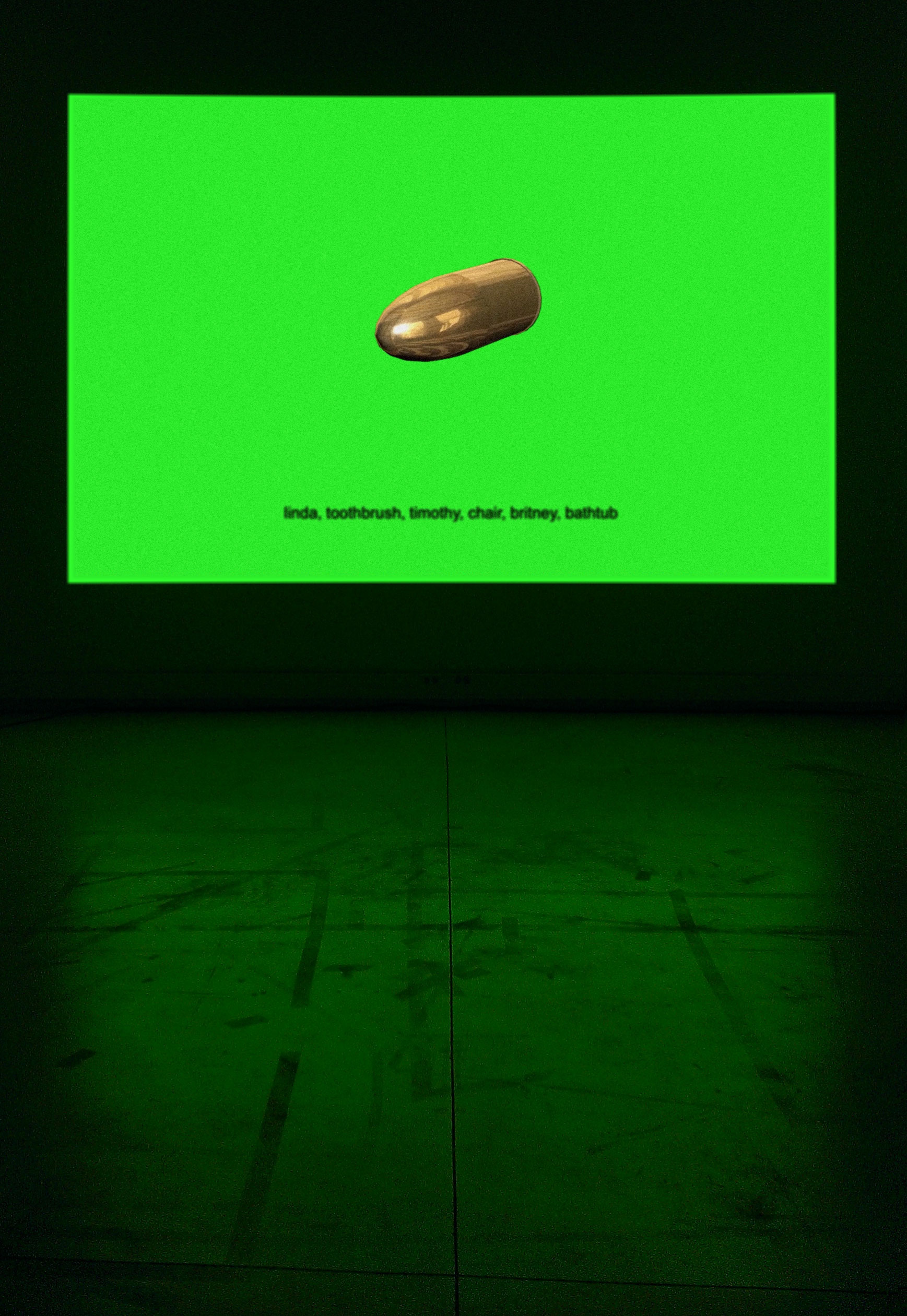 A golden bullet is flying without ever coming to a halt, moving without moving in the unlimited non-space of the green screen. Found on and bought from a stock video website this bullet is an enigmatic non-thing: a depiction of a real thing yet a cgi rendering, being nowhere but reflecting a somewhere, meant to be a commodity but resisting to be placed in any meaningful context.

But there it is. Slowly rotating, almost lasciviously coming at you, an always promising and threatening desire: a sustained penetration, a sustained death. This is the non-place, the non-time, the nonsense from which the bullet is speaking, reflecting about itself – or is it one‘s own voice, resounding in one‘s head, floating between the rhythms of one‘s heart beat and the silent twists of the bullet?