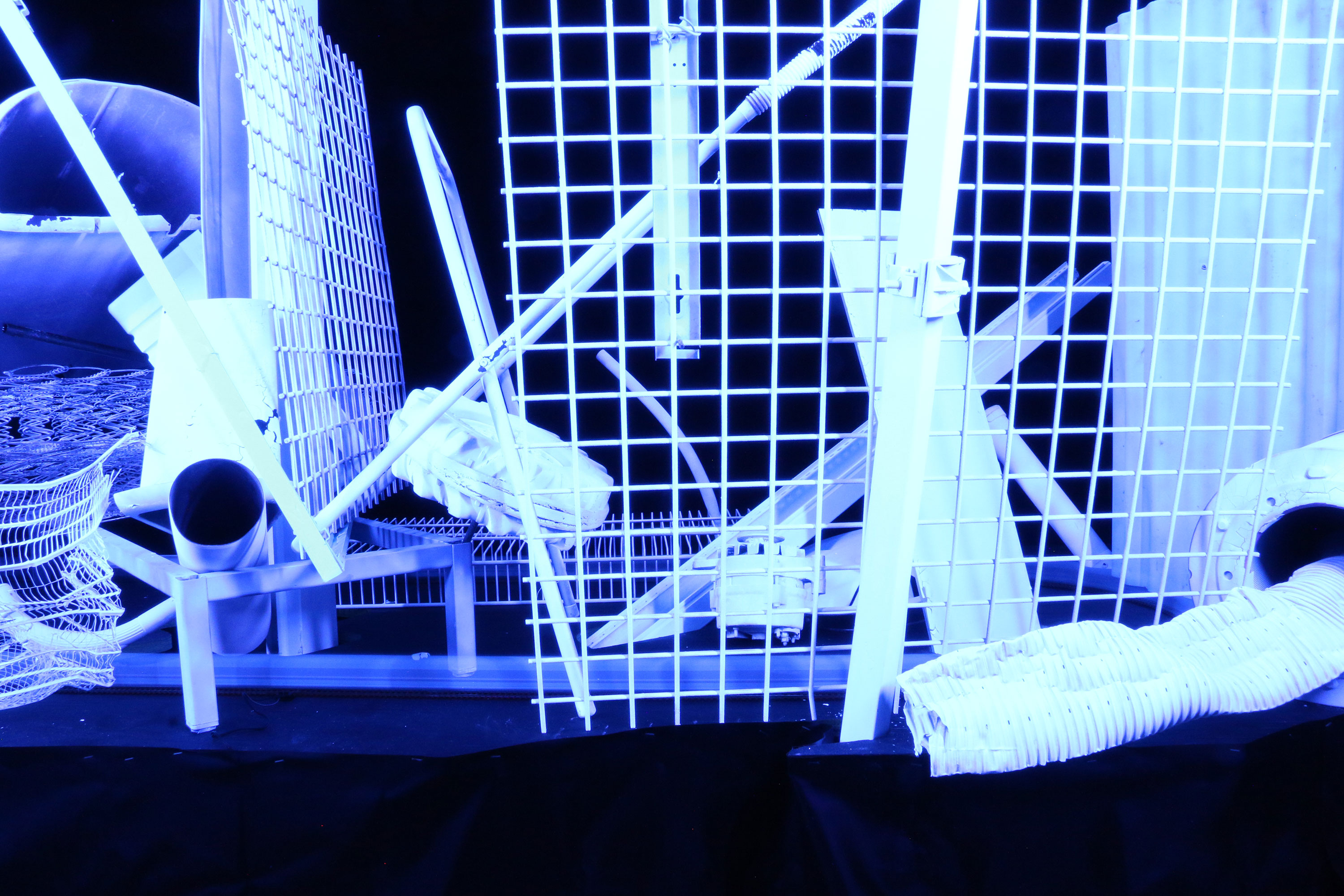 In 2015 we were invited to show at an artist run gallery in Stuttgart. Looking at the gallery‘s location, its history and future and socio-political context, it was clear to us that this space was anything but the white cube it was intended to be. The gallery is situated on an area formerly used by the German railway company; it has become a home for artists and creatives due to a construction project which aims to relocate the city‘s main station underground.

This construction project is, especially in the local scene, considered by many as one of mere political prestige, which lacks democratic legitimacy and is doubted to fulfil any of its promises. Therefore the artists living and working on that area find themselves in a quite contradictory situation; even more so by the fearful uncertainty of eventually being evicted again. To top it all this is also physically very present: the construction site begins behind the gallery‘s building and one of the project‘s tunnels is being drilled through the ground beneath it.

With these things in mind, we decided to build a small scale construction site inside the gallery. We assembled a sculpture-landscape out of debris and waste collected in the area, we then put a model train inside and painted all in fluorescent color. The fence we mounted denied direct access, so the spectator could only peek through the gaps to glance at a mysterious light-emanating structure floating in the dark. Videos of details of the structure were projected onto the walls, flooding the rooms with the same bluish light.

Once the exhibition was over, we dismantled the sculpture and disseminated its now transformed fragments in the area around the gallery, bringing them back to where we found them.

Before the show: hunting for materials…

… and transforming them into a glowing futuristic landscape:

Video projections of the sculpture into the other spaces of the gallery:

After the show: bringing the objects back to where they were collected: