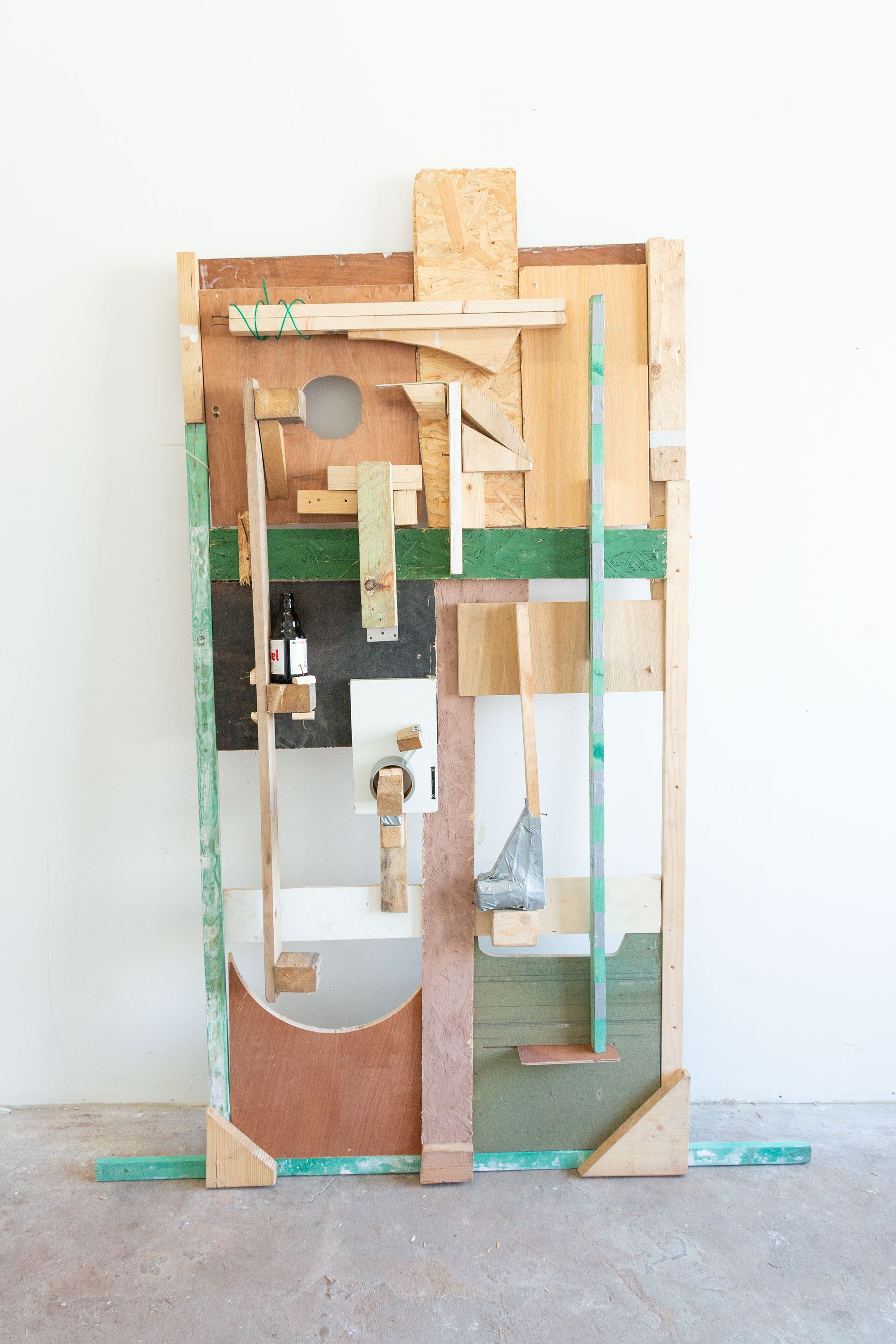 As a stranger in Brussels, I was not too familiar with this place, its people and culture. During my stay I kept discovering all these everyday details, particularly fascinating from an outside perspective like mine. One very striking phenomenon are the idiosyncratic aesthetics resulting from what, as friends told me, in French is called „bricolage“. Bricolage means dealing with a problem in a quick and improvisational way. Initially intended as temporary solutions, these somehow often become permanent. Instead of arriving at a seamlessly concealed functionality, bricolage unintentionally produces, at least for me, weirdly beautiful and metaphorical objects.

I wanted to further investigate into this process and its outcomes. Could I, other than just documenting my findings, deal with this also on a practical level – could I maybe do bricolage myself? I had to make sure that I would improvise, that I would make things „on the go“ instead of purposefully crafting them. So I started from scratch, limiting my resources to what I found in my immediate surroundings, like the dumpster behind the building.

First, I needed to create my own tools. Starting off with a hammer-like thing, I made one after and with the other, and, eventually, used my bricolage tools to build the rack-like structure holding them.