Welcome to my message

Series of appearances in the public sphere (Zurich, Stuttgart, Cologne, Basel). By appropriating their styles and codes I was playfully infiltrating already existing movements and events, making them unwittingly lend credence to my own messages.

Part of „Manifestina“, a movement dealing with formats of demonstration and manifestation, initiated by Maurizio Cattelan. 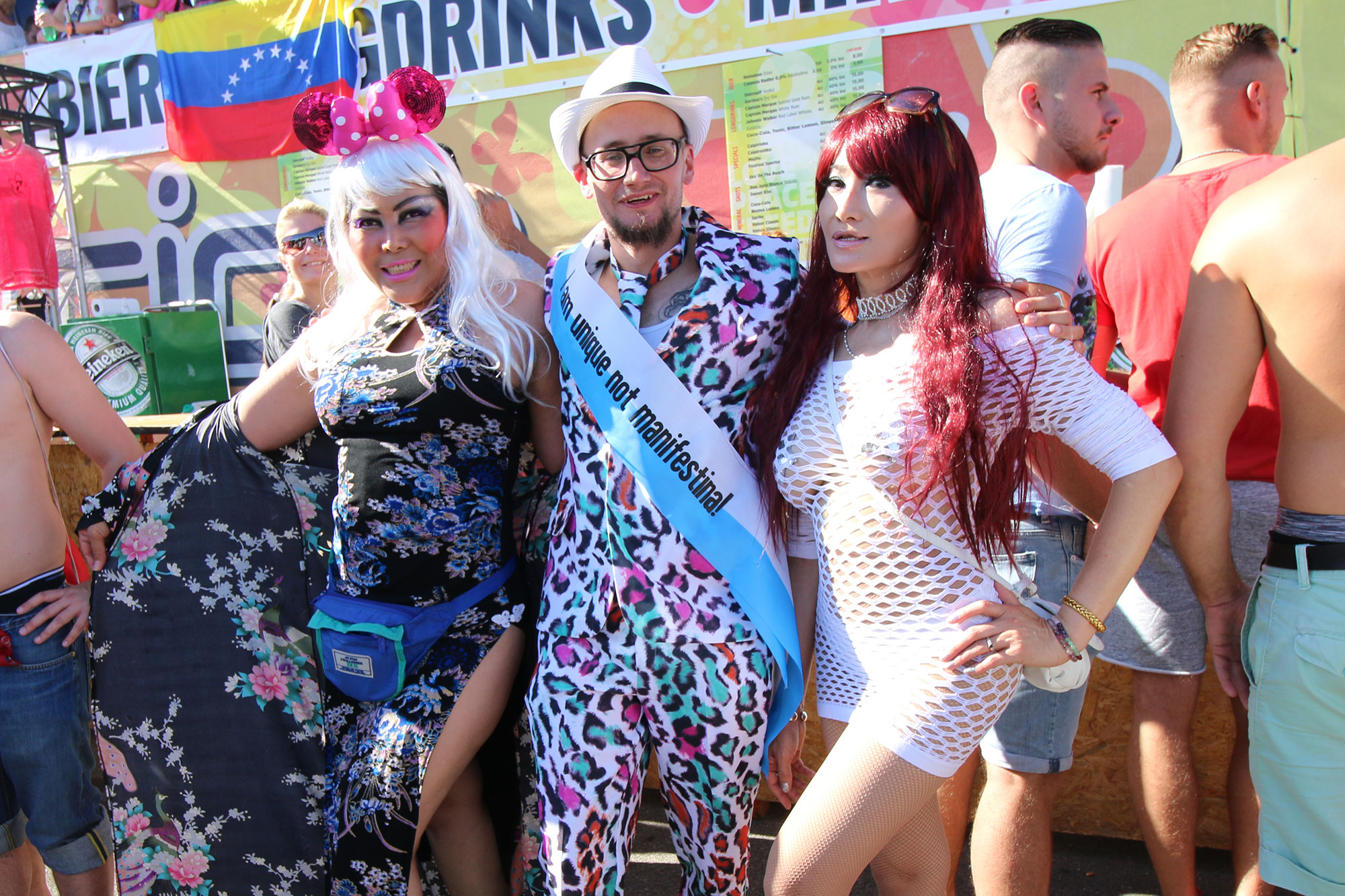 If you do not want to attract attention here, you have to stand out even more. Not that easy, unless you wear suit and tie made of polyester at 40 degrees. Crazy enough for the Street Parade‘s slogan: I am unique! 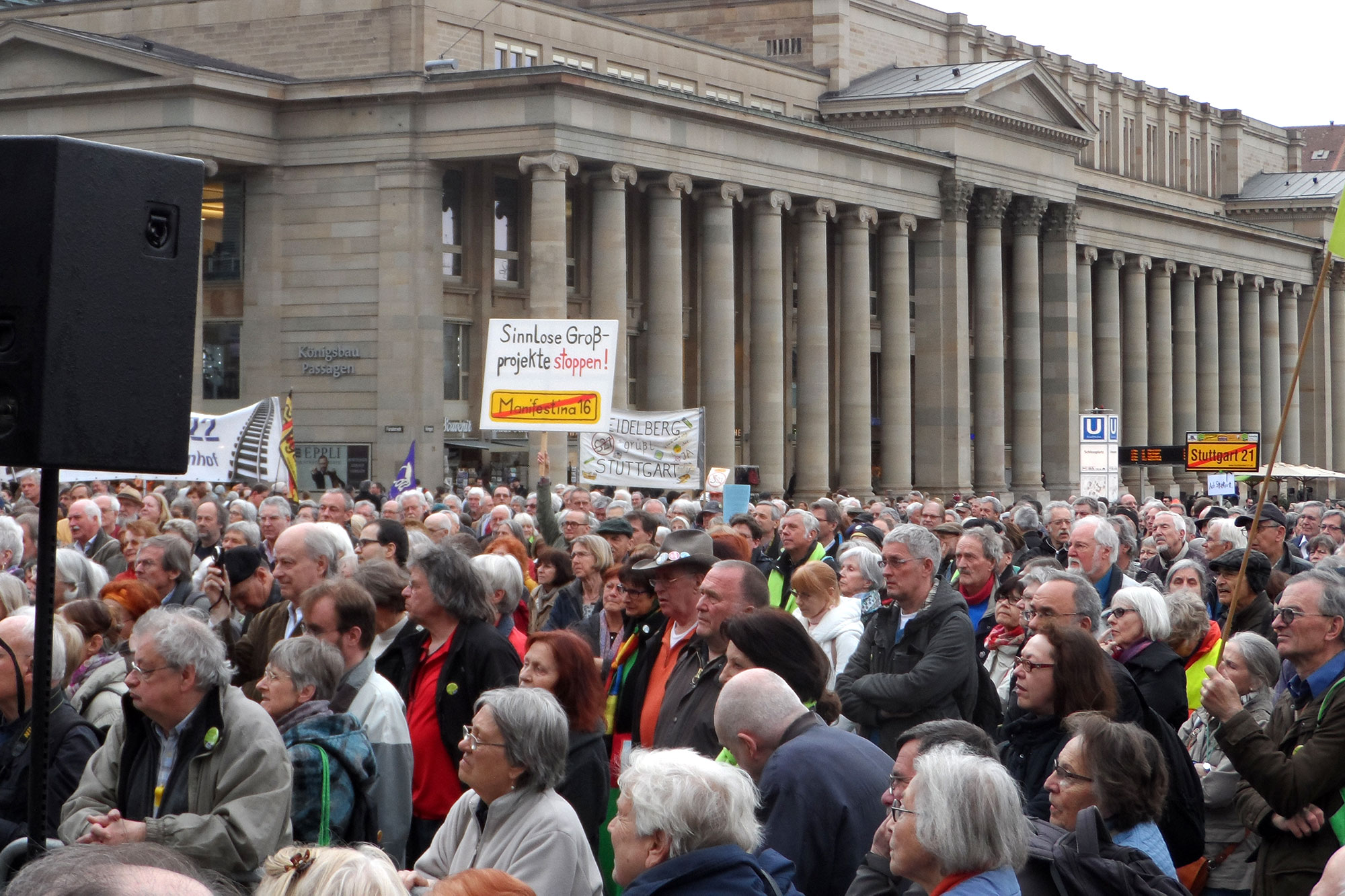 My message „Sinnlose Großprojekte stoppen!“ (which means something like „Stop useless mega-projects!“) is well received by the protesters, even if nobody knows the mega-project Manifestina.

Public Viewing of the European Football Championship in Zurich: 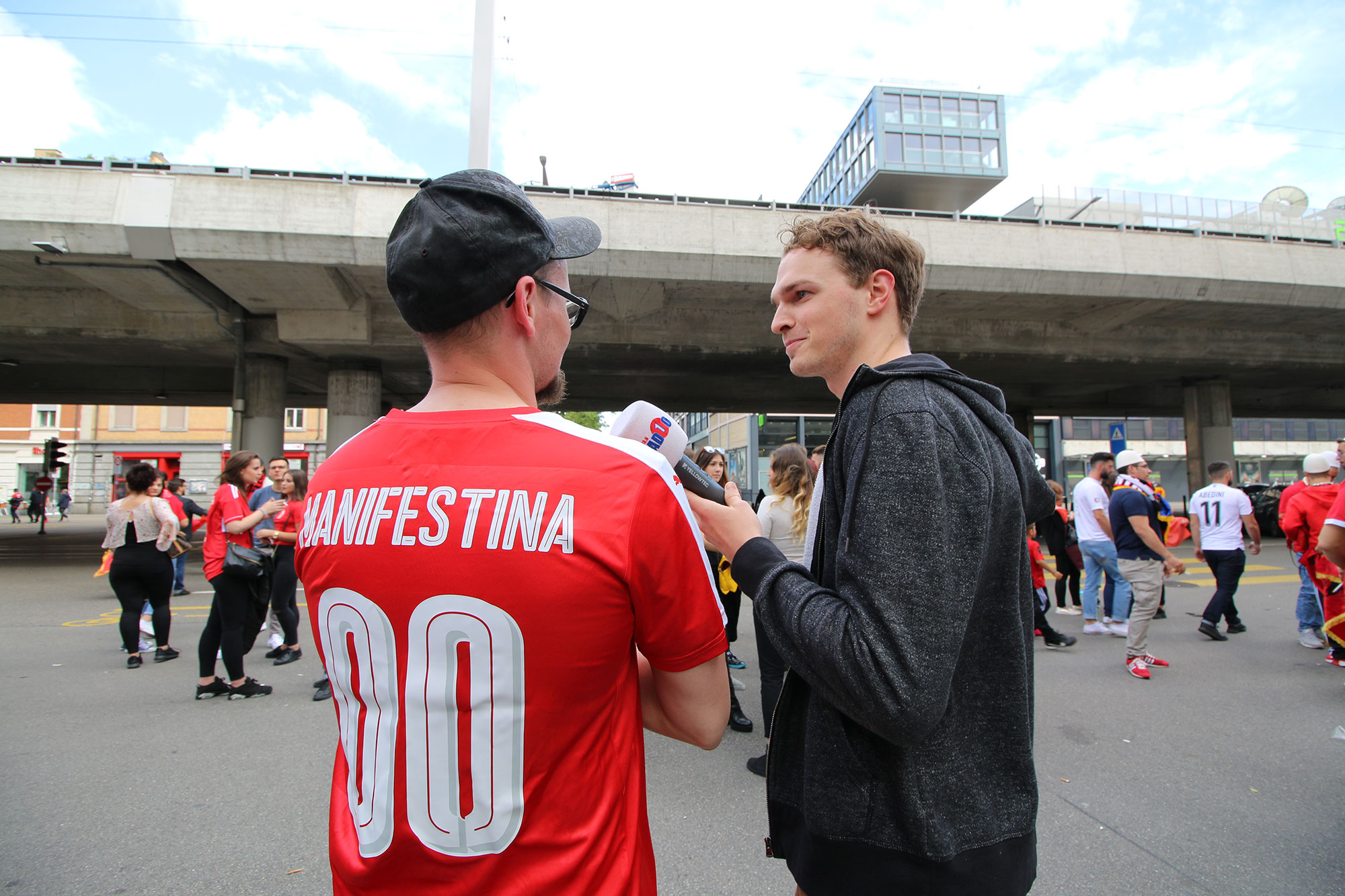 Switzerland against Albania and everyone is seeing, respectively wearing red: the fans of both teams form, in almost identical national jerseys, one single red mass. I integrate so well that I get interviewed as a football expert by the radio. One thing is clear: the next opponent is always the hardest. 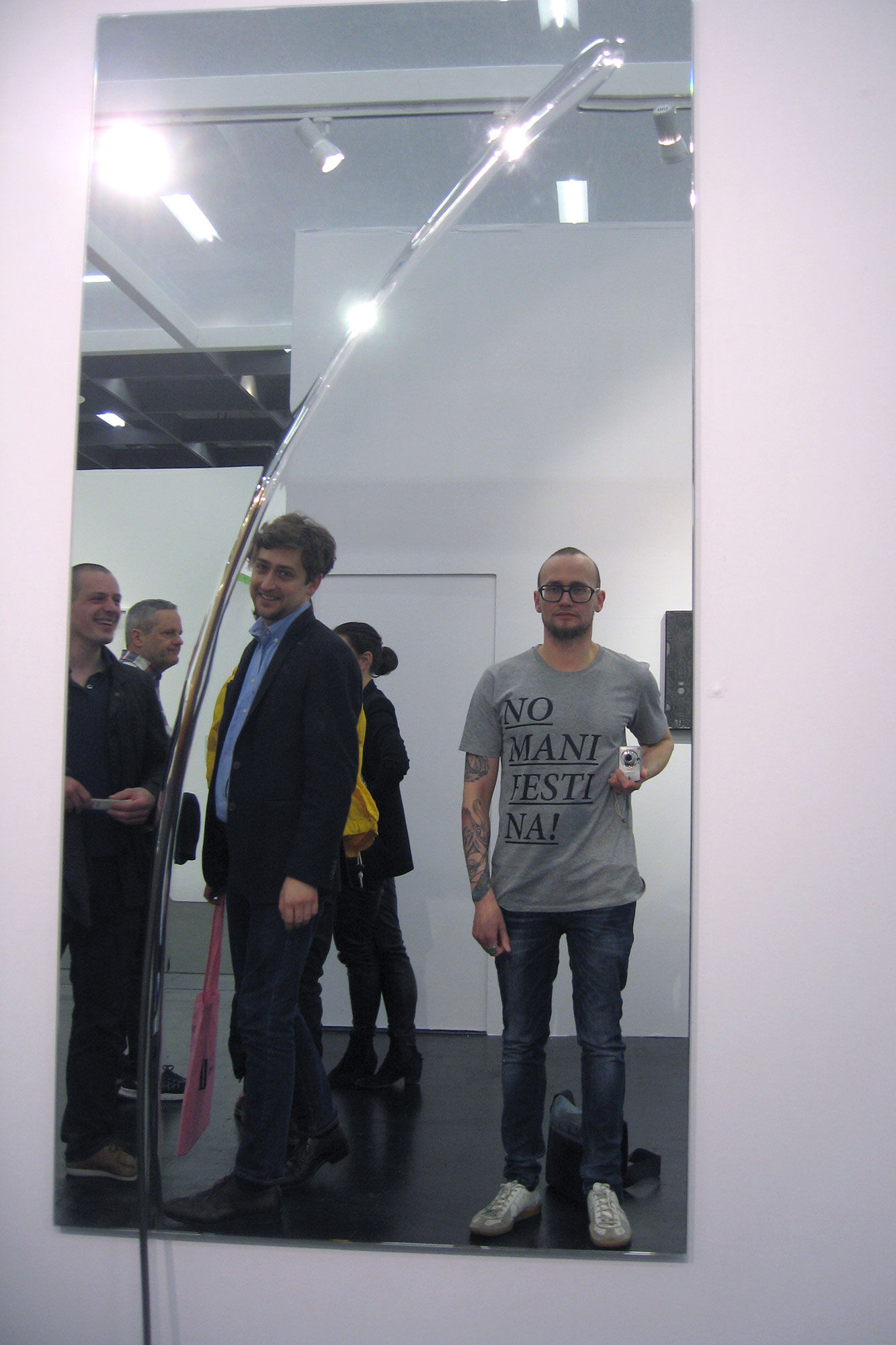 Great: art as means for actual, not just metaphorical reflection – always an eyecatcher. 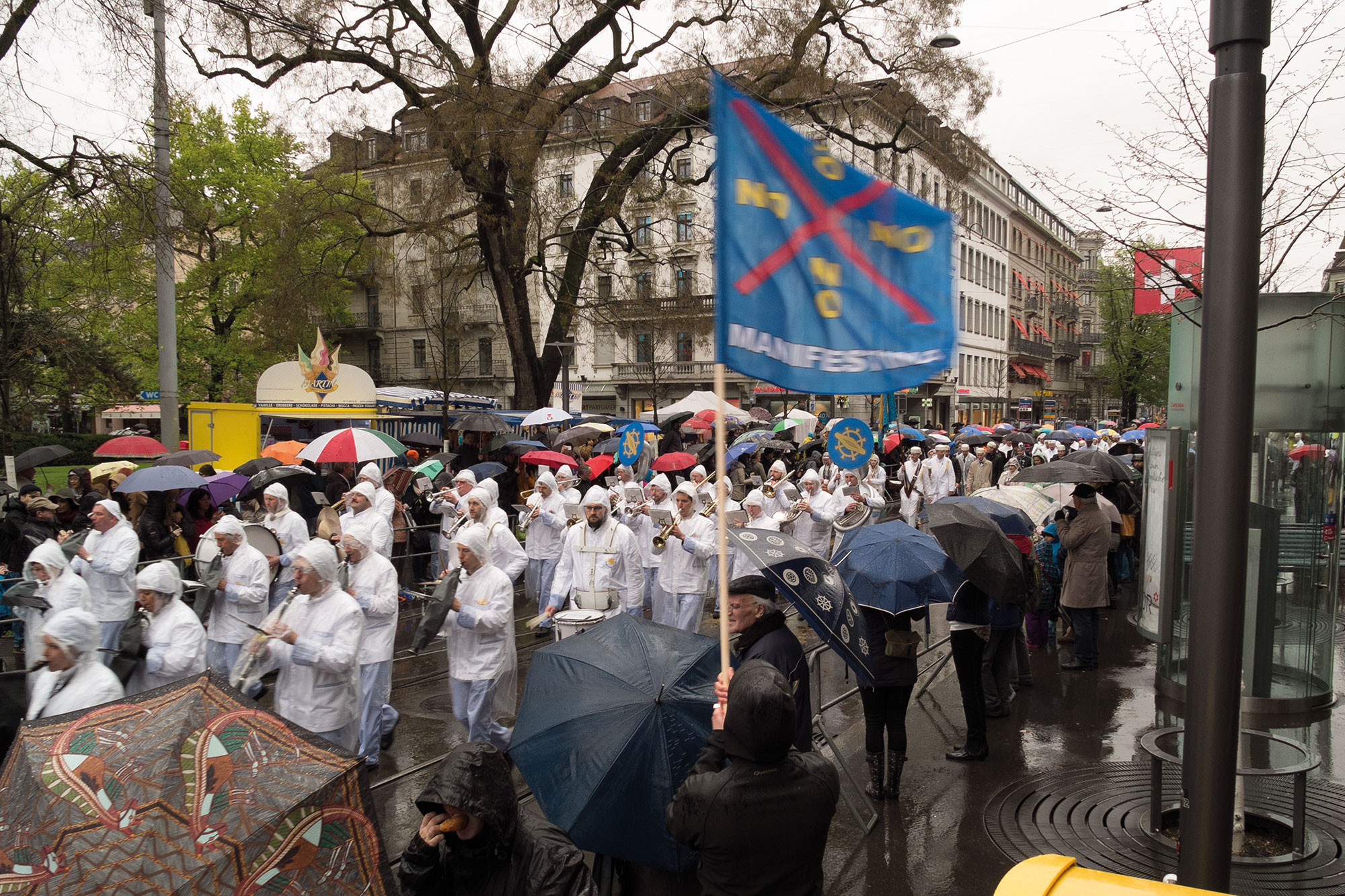 The Zurich guilds roam the city for the ritual expulsion of winter. I am also waving diligently my guild flag until the authorities discover me and I am led away by the police. 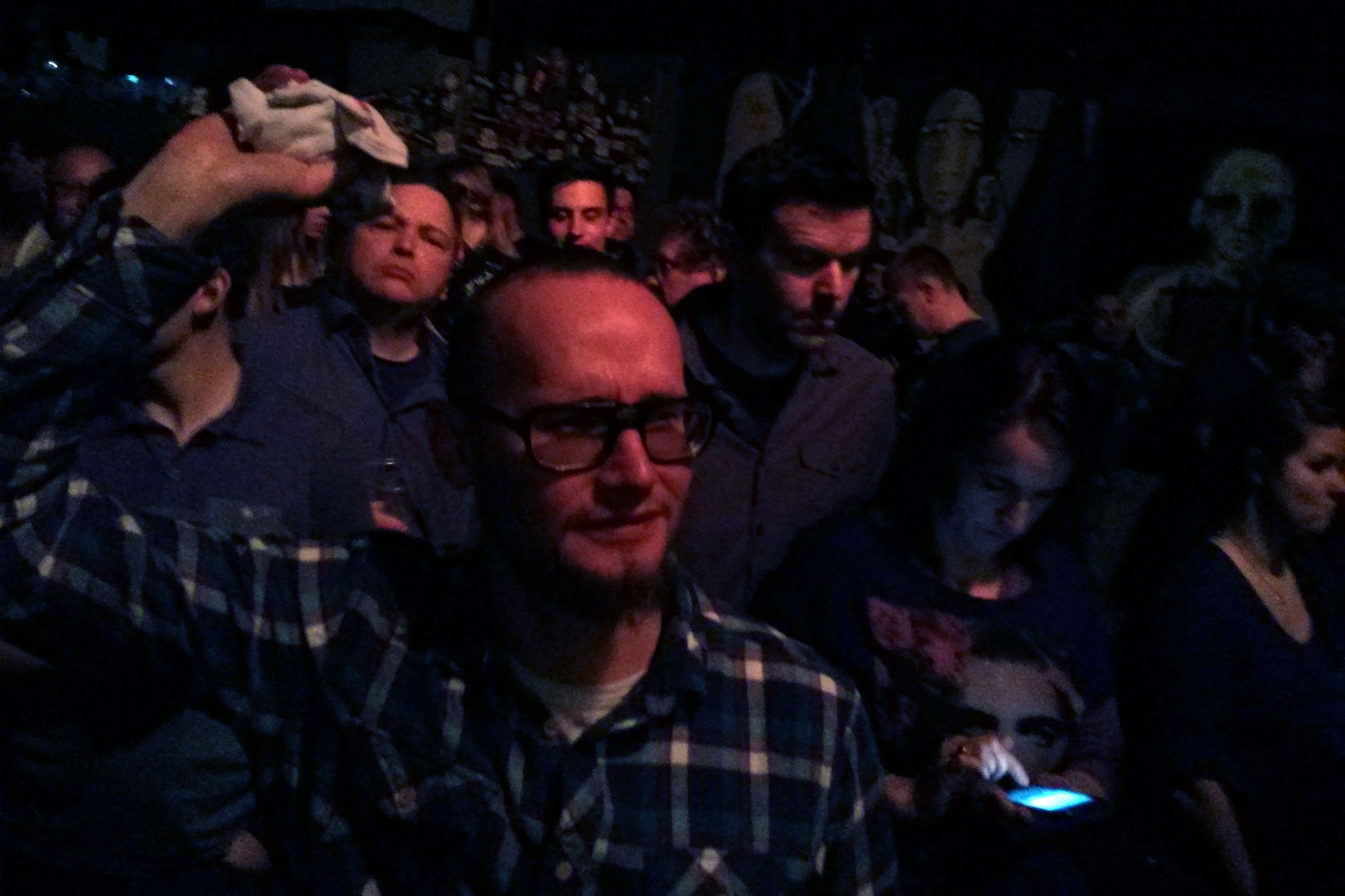 The guys from the band stay totally cool as some panties are thrown on stage – panties marked with lipstick are probably flying onto the stage regularly. But I guess they never got fine rib underpants inscribed with „No manifestina!“ before. 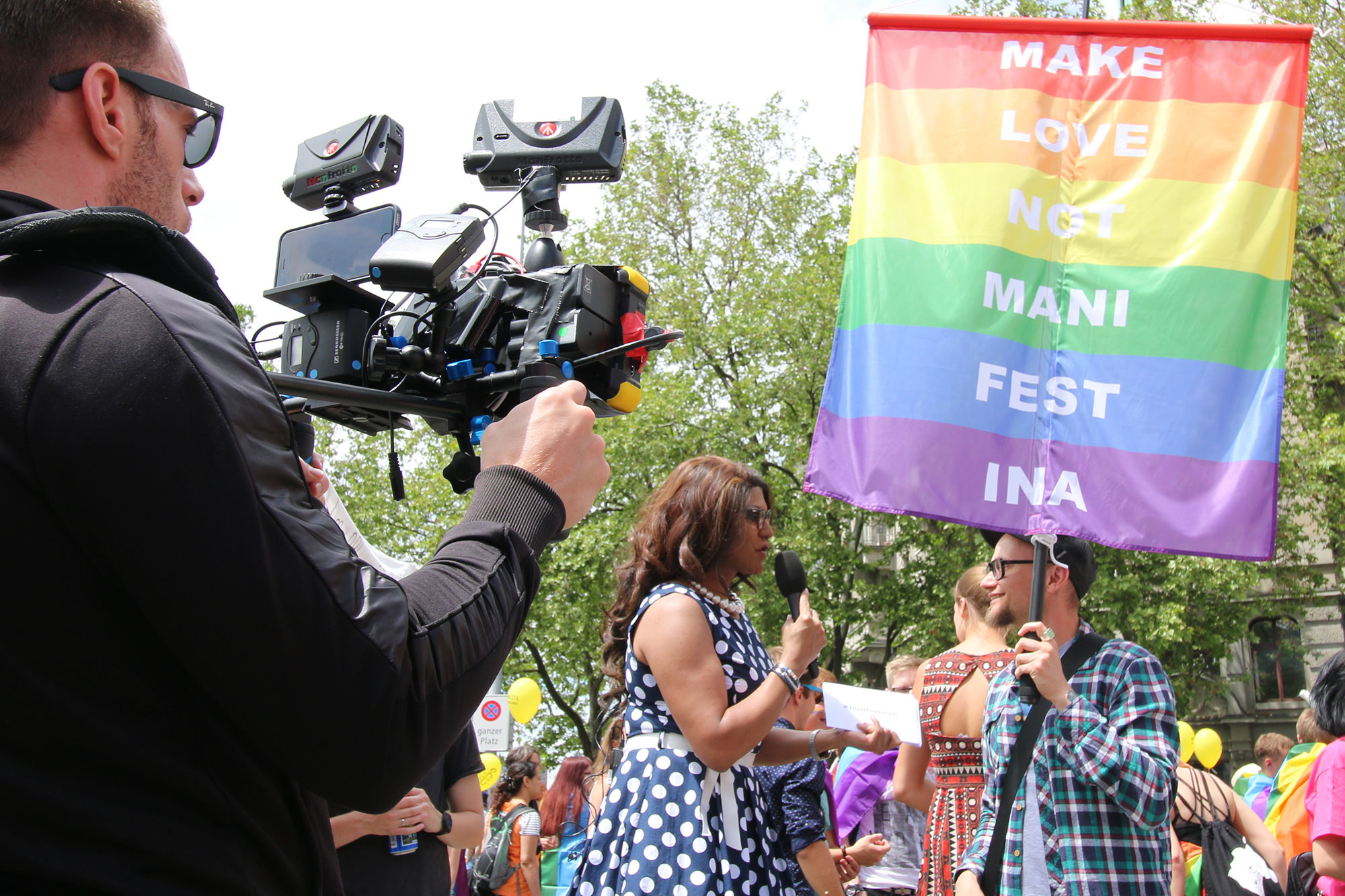 Jazzmin Dian Moore, drag queen and LGBTI activist, is interviewing me for her livestream on Youtube and tells me „Keep it up, man!“ 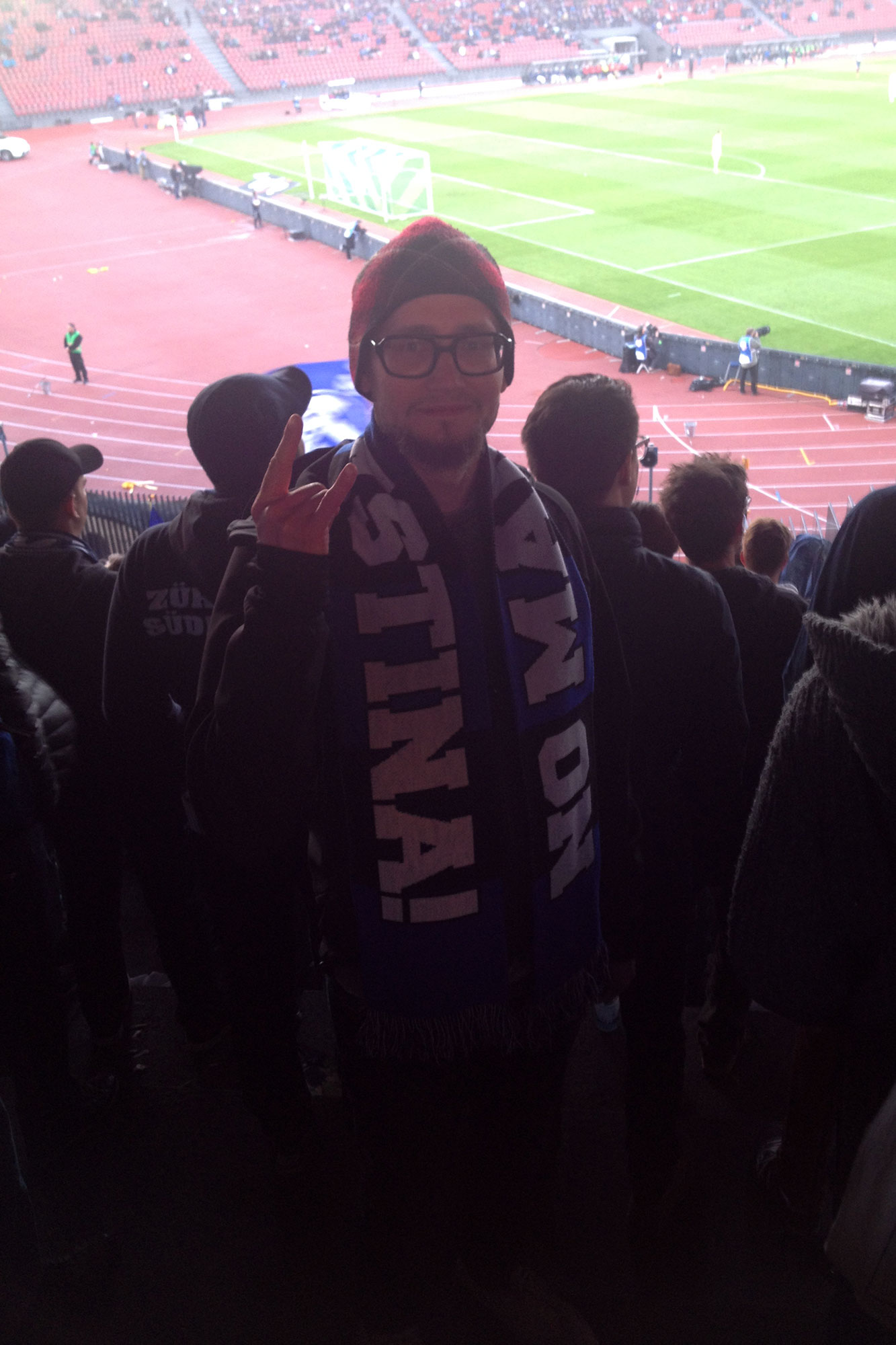 The derby par excellence. On the way to the stadium, I‘m running straight into a bunch of drunken ultras who, thanks to my passionate commitment to the FC and my great scarf, immediately take me to their hearts.